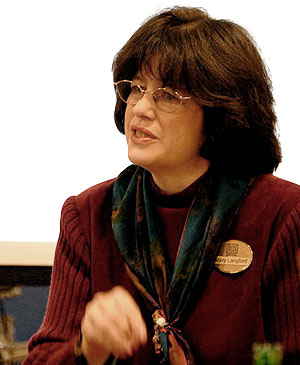 Mary Langford is a US/UK dual national who moved abroad at the age of two and then attended eight schools in three languages before finishing secondary education. She has over 40 years’ experience in almost every area of international school life: administration and personnel, governance, admissions, alumni, public relations and communications, teaching (ESL and Spanish), as Principal in an IBPYP school, and as Director  in European-based boarding and day schools offering US, UK, IB, Spanish, Italian, and Saudi Arabian curricula to students ranging in age from 6 months to 19 years. She has also been a consultant advising international families seeking school placements in the UK and abroad, and in her early years worked in diplomatic and political positions in Washington, DC. Attending The College of William and Mary in Virginia, George Mason University, and University of Texas, she earned a BA with a double major in Spanish/Portuguese and Latin American Humanities.  She earned an MA in International Education from the University of Bath. Working under the supervision of Professor Jeff Thompson, CBE, and Prof. Mary Hayden, her graduate research published in 1997 focused on how international schools serve internationally-mobile students.  In 2018 Mary started her doctoral studies in International Education at the University of Bath.

As Deputy Executive Director of the European Council of International Schools (ECIS) from 2007-2011, she was responsible for ECIS professional development programmes including the Sustainable International School Governance – SISG (for boards and senior leaders),  the International Leadership and Management Programme  -ILMP  – with Fieldword Education for middle and senior school leaders, and the 32 ECIS professional committees and their subject conferences – notably the EAL/Mother Tongue Committee, Librarians Committee, Early Childhood Committee, and Student Services Learning and Maths Quest events for students and teachers.  She also oversaw the award of the ECIS Fellowship and Margaret Saunders Scholarship Programme.

As manager of the ECIS International Teacher Certificate (ITC) in collaboration with University of Cambridge International Exams, she served as an instructor at the ITC Institutes addressing the areas of language issues (second language learners, multilingualism, mother tongue), mobility and transition. She also negotiated masters -level credit recognition for the ITC from 6 UK, US and Australian universities, and recognition from the International Baccalaureate Organisation for the ITC as equivalent to the IB Teacher Certificate (IBPYP, IBMYP, IBDP), the first and only non-university pathway to that certification.   (She later became an examiner with CIE for the ITC.)

Since 2007 Mary has worked as an Education Consultant with the Good Schools Guide specialising in international and bilingual education.  She has served as an international school expert witness called to provide testimony for intellectual property and tax appeal cases before courts Italy and the UK.  Since 2013 she has been a Visiting Lecturer for the International Honours Teaching Degree progamme (formerly ITEPS) at University College Zealand in Denmark where she also provided guidance on international teaching practice placements for UCZ students.

Mary has also served on 17 multi-agency international school accreditation visiting teams (including four bilingual teams) doing ten-year, five-year, preparatory and special visits for the European Council of International Schools, Council of International Schools, New England Association of Schools and Colleges, Middle States Association of Schools and Colleges, and the IBO. This work has taken her to Vietnam, Thailand, the USA, Panama, Chile, Germany, Spain, Italy, Switzerland, Belgium, Denmark, Hungary and Lebanon.  In 2017 Mary served on the first NEASC ‘virtual accreditation team’ for the Abaarso School of Science and Technology in Somaliland, in a remote setting where travel is discouraged.

Mary’s articles have been published in Britain, Europe, the Far East, and in the USA; she was a contributing author in International Education: Principles and Practice (Sage), The Essential Guide for International School Teachers (John Catt), and Effective Marketing, Communications and Development (John Catt Effective International Schools Series). She is also a consulting editor for The Good Schools Guide and The Good Schools Guide International (online) specialising in international and French curriculum boarding and day schools in greater London, and private boarding and day schools in the Washington, DC area. She has written academic peer book reviews about trilingualism, international teacher education, teaching assistants in international schools, women’s universities and colleges worldwide, teaching EAL in mainstream classrooms, and Third Culture Kids for Multilingual Matters (publishers), the Journal of Research in International Education (Sage), IS Magazine.   She has also written for the Parents League Review (Parents League of New York), has been a regular contributor to American in Britain magazine, and since 2014 has authored the Education Section of The Expatriate Guides to Living in the UK.

Having worked with hundreds of international families seeking international education for their multi-lingual children, Mary is well aware of the significance that international mobility and mother-tongue literacy development has in the educational careers of young people. This has motivated her to work with esteemed colleagues to develop the International Language and Literature Teachers’ Cooperative   providing mother tongue language support to hundreds of IB students living and studying outside their home countries.

Mary’s hobbies are her charitable projects and activities.  She serves as a Founding Trustee for the London International Gallery of Children’s Art and also Friends of Cricklewood Library.  She is also a Trustee of the Hoghton Tower Preservation Trust which cares for a 16th Century heritage property in Lancashire in the north of England. She is also an occasional volunteer for Children Change Colombia and the Dolly Parton Imagination Library. Most recently she has been involved coordinating community engagement of volunteers in collaboration with Royal Ballet soloist Fernando Montano for his Dance for the Sea initiative for World Ocean Day in support of the Marine Conservation Society to heighten awareness of pollution caused by single-use plastic.  She is currently assisting Fernando Montano with his Hay Festival 2020 presentation, and continues working on an Engish translation of his autobiography, Una BuenAventura, published in 2019 in Spanish by Penguin Random House.

Two of Mary’s greatest joys are:

-Seeing the blossoming and accomplishment of the thousands of young international school students who she has worked with over the years and who, though now scattered all over the globe, are truly global citizens doing so much to make the world a better place.

-The privilege of having met and become friends with so many inspiring international school colleagues who share in common a love of teaching young people worldwide.